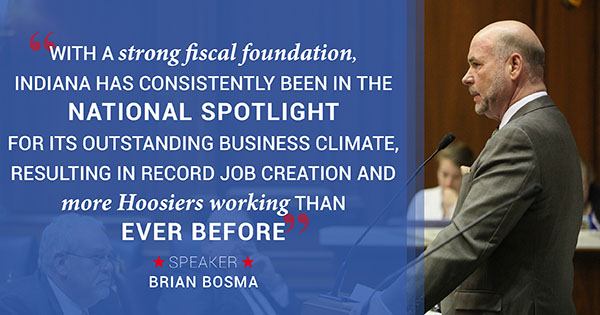 The positive recognition just keeps rolling in for Indiana!

Indiana stands out as the No. 1 state for government administration in the U.S. News Best States for Government ranking.

Many factors were weighed in the score, including fiscal stability, which looks at pension liability, state credit ratings and revenue versus expenses in state budgets; budget transparency, which is based on transparency and usefulness of state government tools to measure spending and budget data; government digitalization, which is based on use of technology to serve citizens in a variety of categories; and state integrity, which evaluated anti-corruption measures in political financing, electoral oversight and more.

Read what Speaker Brian Bosma has to say about Indiana’s latest ranking here.