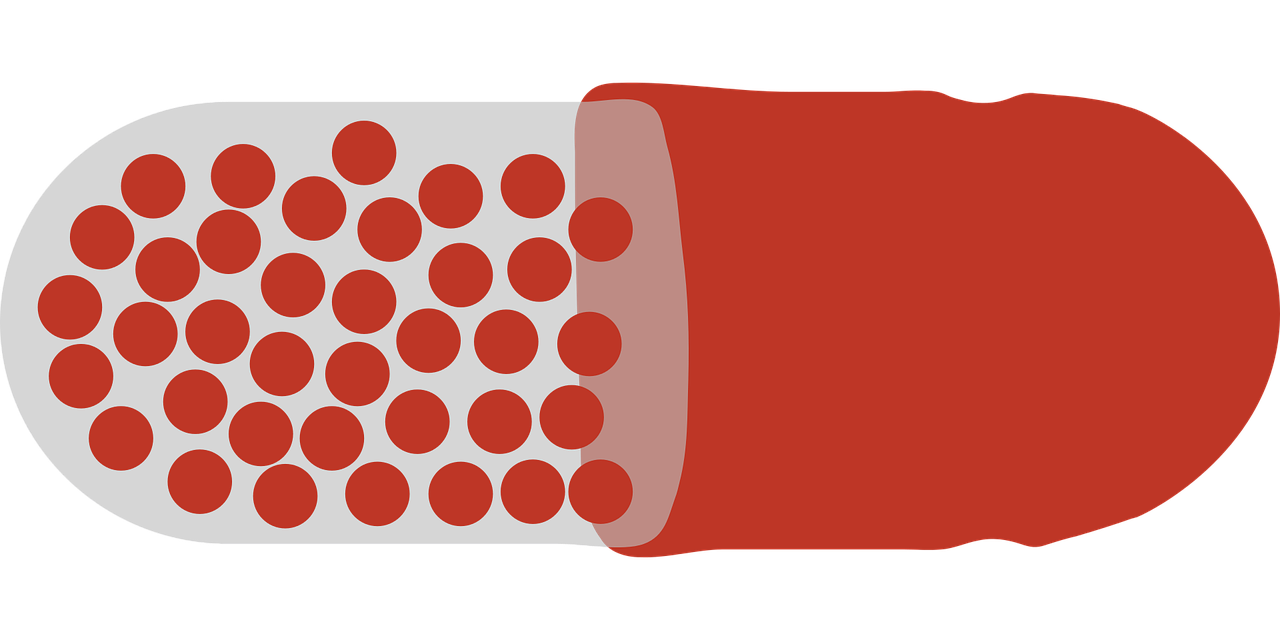 Proper disposal of unused prescription drugs helps protect children and pets from accidental consumption, and also helps curb illegal drug use or theft. Indiana is working hard to combat the opioid epidemic, and with 4 out of 5 new heroin users starting with prescription medications; these take-back programs make a real difference in saving lives.

Unused and expired medicine also harms the environment. It is important to never wash any medicine down the drain or flush it down the toilet. Doing so contaminates Indiana’s rivers and groundwater. By properly disposing of medicine you are protecting yourself, your neighbors and the environment.

Liquid and pill medications can be dropped off anonymously, with no questions asked, between the hours of 10 a.m. to 2 p.m. at multiple locations throughout the state.

Click here to find a drop off site near you.

Wrapping up the 2017 session

Gov. Eric Holcomb has signed several bills into law, including measures to help our military members, prevent drug abuse and reduce the number of cervical cancer deaths in Indiana. It’s the governor’s job to look over the bills approved by both the House and Senate. He then has seven days to sign or veto these bills. If he does not sign, the bill automatically becomes law on the eighth day. Below are some highlights of the pieces of legislation Holcomb has signed into law.

Nearly one-third of military spouses have careers requiring a professional license, including teachers. Because relocation from state to state is such a common occurrence for military families, the new law will make their transition to Indiana easier. Starting in July, this bill requires the State Board of Education to adopt rules when active-duty military spouse’s move to Indiana. SBOE will expedite the issuance, renewal or reinstatement of their teaching license. Current law allows, but does not require, the State Board to adopt such rules.

According to the Indiana Cancer Consortium, approximately 250 new cervical cancer cases and 86 cervical cancer-related deaths occur annually among women in Indiana. A new law  is tasking the Indiana State Department of Health with developing a statewide strategic plan to attack this problem. The department must work to identify barriers to cervical cancer prevention, screening and treatment, while also developing public and private partnerships to increase cervical cancer awareness and recommend actions to reduce the number of Hoosier deaths associated with the disease.

As we work to wrap up the 2017 session, lawmakers will be coming together to pass the next two-year state budget and a comprehensive, long-term road funding plan, among other new policies. Conference committees are now meeting to agree on the finalized proposals for new laws. Their hearings are streamed live online at iga.in.gov. By law, session must adjourn before midnight on April 29.

Since 2014, an average of 12 people each year in Indiana lost their lives in roadway construction zones, with 80 percent of those killed being motorists or their passengers.

This year, the Indiana Department of Transportation will oversee more than 300 construction projects. These projects total over $1 billion in capital investments to improve traffic mobility and safety and modernize dozens of interchanges across Indiana.

INDOT has several suggestions to keep both motorists and construction workers safe in work zones:

We can work together to make our roads safer. Please don’t drive distracted and keep an eye out for our hardworking road construction workers. 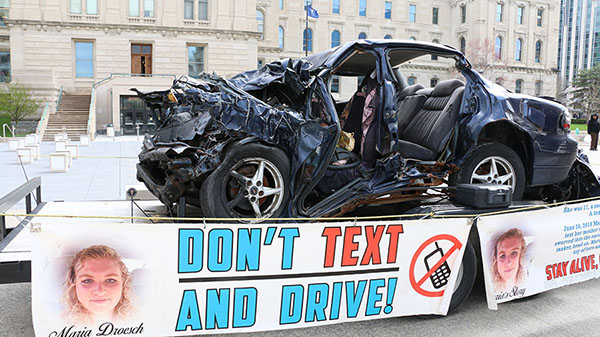 Drivers who send or read text messages are 23 times more likely to be involved in a car crash than other drivers.

Jill Biddle of Kirklin learned firsthand the deadly consequences of distracted driving. Biddle lost her daughter, Maria Droesch, at age 17 in a tragic car crash. Maria veered into oncoming traffic while texting and driving. Biddle now uses her daughter’s wrecked car to send a message about driving while distracted.

“We bring this car all over the state to show people what texting and driving can lead to,” Biddle said. “If we can help save just one life, then we have accomplished our goal.”

State representatives joined Biddle at the Statehouse to show support for her efforts to bring awareness to the issue and urge motorists to use hands-free devices while driving.

“Texting and driving remains a significant problem, and we have to do more to educate our friends and families about its dangers,” said State Rep. Milo Smith of Columbus.

Currently, Indiana has a statewide texting while driving ban for all drivers, and prohibits drivers under the age of 18 from using handheld and hands-free cellular devices except to dial 911. Despite these laws, the National Highway and Traffic Safety Administration found 10 percent of teens involved in fatal crashes were reported as being distracted at the time of the crash.

April marks the start of Distracted Driving Awareness Month dedicated to bringing awareness to the serious issue of distracted driving.

To learn more about the dangers of texting and driving, click here.